The Mackenzie River Husky was named after a river in Alaska. According to research, it describes several overlapping local populations of arctic and subarctic type dogs, none of which contributes a breed (via Wikipedia). You may find one small book in the library if your lucky, although perhaps not in small towns or in southern regions.

River Huskies are rarer than the Canadian Eskimo Dog, and it contains less information in regards to these dogs. This is unfortunate because they too are an incredible breed, worthy of being mainstream such as the popular husky and malamute. So far, this small piece of information was able to be found from Wikipedia:

"Historically, the term has been variously applied to different dog populations in the Arctic and subarctic regions of Alaska and Canada. Dogs from Old Crow, Fort McPherson, Arctic Red River, Porcupine River, Hay River and Mackenzie River regions, although distinguished by locals, were collectively termed “Mackenzie River” dogs by outsiders; crosses of these local freighting huskies with large European breeds such as St. Bernards, Newfoundlands, or Staghounds were sometimes called “Mackenzie River Hounds,” giving rise to great confusion surrounding the name. Some reference sources describe the Mackenzie River Husky as a dog, used by the Royal Canadian Mounted Police, consisting of a mix of Inuit (Eskimo) dog, large European breeds, and wolf ancestry"

There is very little tidings about their history, temperament etc. compared to the information you can find on the Siberian Husky. However it is said Mackenzie River Huskies are independent as the well known husky, malamute and Samoyed, and completely trustworthy with children, intelligent, dominant and eager to work. All of these traits as I stated before reflect upon the renown arctic breeds such as the husky. Like the Malamute, River Huskies are said to be freight dogs and is ideal for a musher to own. They just need a lot more recognition and with my new book, I plan to give them that recognition they deserve.

It can be difficult to find a breeder, but you may locate one in certain locations in the Alaskan region. They come in the average arctic breed colors, white, black, red, sable, grey and wolf-sable; very beautiful and amazing dogs that need to become popular like the renown husky. It may take years or a lot sooner, but search for a Mackenzie River Husky breeder and purchase these incredible dogs. Help promote the breed! 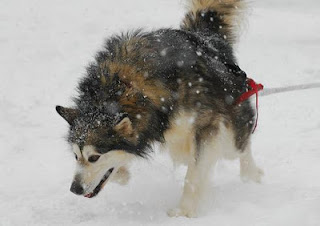 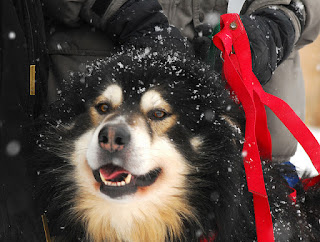 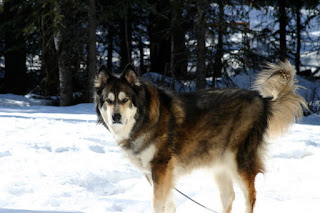 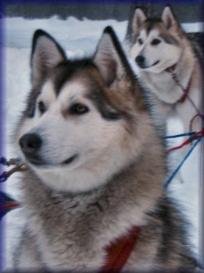 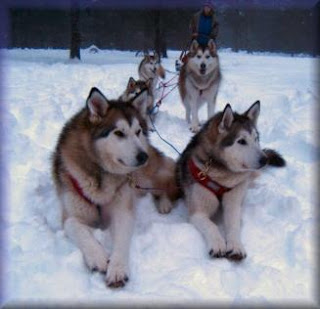 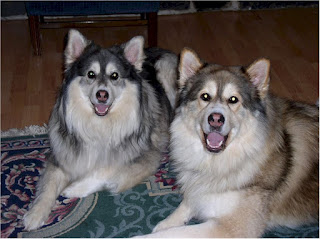 Email ThisBlogThis!Share to TwitterShare to FacebookShare to Pinterest
Labels: Facts