Proud Land, The House of Death 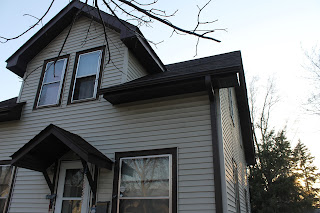 July 19 was when my entire perspective of the house changed. This is the day, our dog Tangie was killed by the spirits. The family is not taking it well. We are a bit angry. I mean, I don't think it was fair to make our dog gravely ill and suffocate him to death. Yes, the house was known for killing our pets, but I believed from what I was expected to believe, Tangie, our dog was protected. Obviously this wasn't true.

Tangie never deserved to die in a manner that he did. We were trying to move out of the house as soon as possible, but unfortunately Tangie did not make it. He was only 3 years old, but we spent merely one whole year with him. After killing our dog, I no longer feel the same way about the house. This is especially after giving us pneumonia. That is how Tangie died. The Vet said there was no explanation to his death, even if he was sick. They are trying to kill us next. 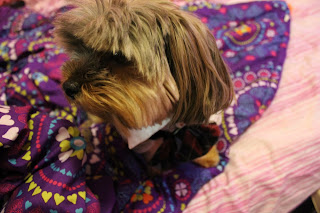 I will continue the book about Tangie, unfortunately it will have a sad ending. After his death, the spirits continue to torment us by mimicking him. What more do they want? They already killed him. My family is leaving the house. I don't think this was necessary at all. Now we know what it's like for an entity to kill a pet. I mean we already did. The spirits were killing many of our exotic pets. Never did I think that the ghosts would kill our dog however.

We will all miss Tangie. In fact, the entire family is depressed again over the lost of a dog. I feel he was taken from us too early. His death was by far the worse event that occurred in the house. Now the ghosts are trying to kill my family, it suits the title House of Death. Also, for some reason the ghosts is targeting me for the worse physical harm. Not only me however. My mother has been targeted as well. I was shocked on the amount of physical damage they are capable of doing. With me though, they scratch me, leaving ugly scars. This is why I have to avoid entering my bedroom and the basement. It is upsetting because I cannot have scars being a living doll. These events caused us to question our religion a bit. It is harder when we don't have a church to go to. I am disappointed, but I'm afraid to leave Christianity. I just don't understand why so many things were allowed to happen for years (Not all about the dog or the house. A part of it though). My family can't fully comprehend that.

We have never gotten support but criticism for living in a haunted house. It isn't like we specifically searched for a haunted house. Christians I've spoken to told me it was a sin to even be in the house. Were they going to pay for us to leave the house? My family put a lot of money into the house; we couldn't just up and leave. They say that like it's that simple. Also, ghosts do not exist. I believe the only ones who truly say that are those who never experienced it.

My family will be happy when we are able to move out of the house. Still, nothing will bring Tangie back to life. He was the best dog my family had. I am unsure what occurred in the past in the house, but whatever happened, this is the result.