The History of the House is Restricted Information?


I spoken with many from the Anoka County Historical Society. They told me how they have no evidence of property built prior to the late 1800's. Actually, it was illegal for those of European descent to build before the early 1900's. Everyone I speak to however, they all seem like they are withholding information. Could this mean our house was built illegally? What happened that it had to become restricted information? When bringing this to the historian's attention, they never have an answer for that. There are many signs the house was built much earlier. In addition, it is quite obvious the house was built on important Native American grounds. I read about the 1851 Treaty of Traverse des Sioux for the Dakota Tribe and the United States. 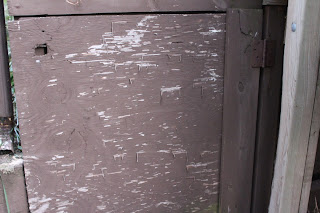 My family discovered something odd about the property as well. We found a small shed underneath the house, a slave house. This seemed out of the ordinary in Minnesota. That was until I found a document, telling of rare trading of slaves by soldiers, lawyers and doctors. These men had a huge involvement with Fort Snelling, from 1700's-1800's. When names and faces were found, they looked and seemed familiar. We recognized them as one of many spirits in our house.

Recently someone told my family it could have been built in 1893. Another document estimated it was built in 1819. That is all we know. I suppose that's all we'll know.
By Tikaani Moon at August 25, 2016