Am I The Only One Who Hates Unicorns? 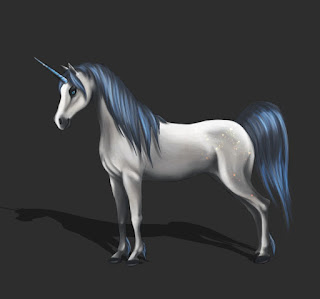 It seems natural that a living doll would like Unicorns, but for some reason I do not. That is why I do not purchase any clothing, accept gifts or share anything with Unicorns. For the rest of the world, they are mere benevolent mythical creatures. For a living doll, Unicorns become a part of our career. I do not feel the same. There is something menacing about Unicorns.
It all started when I had an encounter with a real demon resembling a Unicorn in my family's haunted house. I began to wonder were Unicorns actually demonic spirits? I know what I experienced, so no one can tell me it wasn't real or it wasn't a Unicorn. Unicorns are horses with a horn on their forehead. After that encounter, I find myself loathing Unicorns. Who even started the illusion Unicorns were cute anyway?
I began studying mythical creatures, demons and hell. I learned these mythical creatures aren't actually what most think they are. That is why I decided to write a book of a list of demons. Also, all of my books features real demons, even my manga and games. I give insights of their true forms and nature. Later, I will share my findings on these so called mythical creatures.
By Tikaani Moon at September 02, 2016