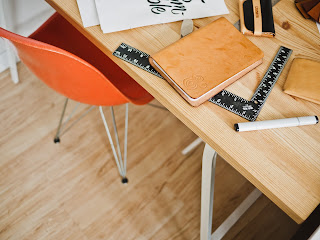 For the past 2 weeks, I have been working on new projects. Although I have written down ideas for writing projects, the ones I will be discussing is not writing related, although it probably could be.

Recently, I have been wanting to start a few projects to bring awareness to a few things I find important.

First, I would like to bring awareness to adoptions and mixed race people. I feel there isn't much dedicated to mixed race people, or to people who were adopted from foreign countries. There is much about people adopting children from foreign countries, but not much to dedicate stories to the people who were actually adopted. Most assume mixed race means being White + Black, but that is not always the case. I plan to work on a new blog for this, even though I'm not done upgrading this one. I hope to keep that blog updated daily.

Next important awareness, is for Native American culture, languages and people. I would like to bring more awareness to all Natives around the world. I feel if one group is oppressed in a country, then we are all not free. Native culture is the most overlooked and underrated, and overshadowed, but I hope to change that. Yes, I have decided to become also an activist for Native Americans. It has been an honor getting to know Native culture from my mother's adoptive family.

The other is to bring awareness to body modifications. I think society criticizes these people too much. Being an upcoming living doll, I also could help by sharing my transformation journey and my lifestyle as a real life doll.

Last awareness is for service dogs. They are the most overlooked, and not given the respect they deserve. Service dogs don't choose to serve people, but they are chosen by people and trained to do so.

The other project is an upcoming business my family are starting together. We have so many ideas for products that is currently being worked on. Already we have spoken to Walmart and other retail stores, and they are interested in selling our products in stores soon. It will also be an online store. I am currently developing the logo and writing down ideas. We are doing the process of patenting products and everything. The store will sell a variety of items, including cosplay stuff, edible stuff, pet supplies, and other stuff.

I am developing a new kawaii character that is much like Rilakkuma or something.

I know it is a lot to do, but I feel it's a good way of bringing something of value to the world. Also, I like keeping myself busy.
By Tikaani Moon at October 19, 2017