Recently I was going over the profile for the character I had for the Tikaani Moon brand. This is the character I will sort of portray as in real life, as soon as I am done with my transformation and I start taking photos. It is sort of like role-playing where I will dress as this character too.

I disliked letting people know anything about me, but ever since that Facebook issue, many were confused. So those older non-writing or project relating posts were to fill in what was missing, and to end the confusion about the conflicting stuff about Tikaani Moon. When my identity was revealed, it made my whole brand and theme sort of disorganized and confusing. So yes, people already know what is needed to be known about me. You know I am female, I am mixed race, my family were adopted by some people, my family was (and still is) being harassed by extremist in our town, where I stood on politics, I have been a nurse for 5 years, and other things that I may have shared.

I shared our story about racism so much unintentionally. I shared it out of anger. I hated how the media always tell us racism doesn't exist anymore and the racism here in the United States isn't that bad. My family also insisted that I share our story of constant daily harassment to show yes, it is that bad and yes, racism still exist today. It is also a part of my writing project I am working on. A lot of writers have jumped on board with writing about Donald Trump and the problems here in the U.S. As a writer for historical events, I am also writing my own story about this. It gives my family's personal experience during these times. I feel it is historical and unprecedented. That is why I had to write a book about this. So I had to let humans know I will be discussing this as well.

The Tikaani Moon character is no different than myself. So it isn't like I would make up stuff about myself just to let people know. The Tikaani Moon character is actually sharing my own interests, dislikes, hobbies and other things. I will just dress as I suppose a real life, or human version of Tikaani. I really wanted to become an original character besides an existing character (or Human Barbie). I however, will be versatile and switch up. Maybe I will start a separate blog for my other living doll dress up stuff or maybe not. No, I think I will leave it the way that it is, because this is a part of my author brand.

I will call it just dressing up as other dolls or characters, but my main portrayal will be Tikaani. The human version of Tikaani Moon takes more of the traditional and Japanese theme, but I would like to keep the Native American theme. Some glimpse of what I will transform myself into: 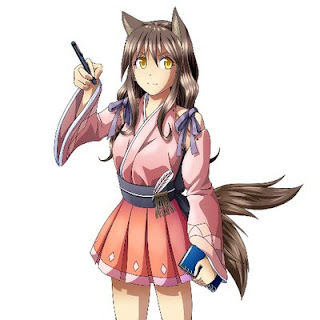 Yeah, this is the one I use for my profiles on social networks. This would give you an idea of where I am going with this. I will dress mostly similar to this, in a Kimono or a Wa Lolita (Lolita version of the Japanese Kimono), but not all the time. I still dress in Lolita and other styles. My favourites though are vintage and historical fashions. I also loves cultural/ethnic Lolita outfits.

I know the concept of being a living doll kind of seems too cutesy and girly, which was why I toned it down a bit. I mean, it doesn't fit the books, manga, games and scripts that I write. That was why I wanted humans to not know that Tikaani Moon was actually a living doll too. However, it didn't work out as I had planned. I will still become a real life Ellowyne Wilde doll, but I will bring out my own character pretty soon. As you can see, this is more of an Anime type character. I am trying to go with a human character after being anonymous for years. That's because I was given advice by a New York Times Bestselling Author, Joshua Graham about how humans would probably wish to connect with a human instead of an animal, a wolf. I listened to his advice. I will keep the wolf theme and images, but as soon as my living doll transformation is complete, I will begin showing a more human- I guess connection?

So those are my recent and current projects. After conducting research on what authors should blog about, I will posts things relevant to my projects. If I posts about a topic, it is because I have a project relating to the topic. Also other topics that would help with the Tikaani Moon theme/character.
By Tikaani Moon at March 25, 2018