I realized most people have never heard of Lolita before. Since I will mention this in future posts, I wanted to at least give a definition of it.

Lolita originated in Japan and it is fashion from the Japanese sub-culture, which is the kawaii world. Kawaii means cute in Japanese and it's also a part of the sub-culture of Japan that is obsessed with cute. The Lolita fashion involves ruffles, lace and big puffy dresses. An example of the Lolita fashion. If you want more examples of this sort of fashion, visit here which is my Pinterest board for Lolita: 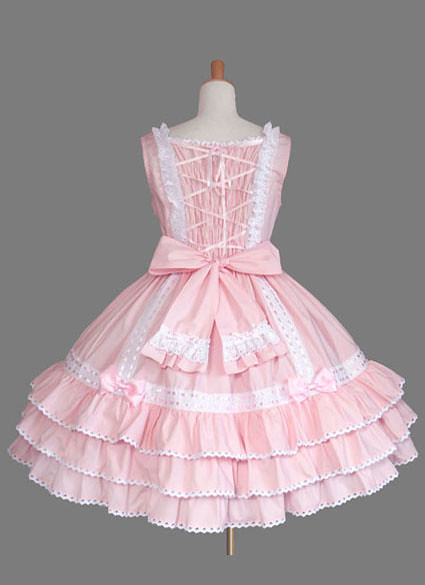 As you can see, Lolita is a fashion that is steered towards being cute or kawaii. Yes, Lolita can be very expensive when purchasing, ranging from 100$-2000$. The more elaborate the dress is, the more expensive they tend to be. Then there is "Brand", which means buying from brands that sells Lolita clothing and they are more expensive to buy from. Most of these brand companies originate from Japan, where the Lolita fashion originated from.

The Lolita fashion resembles dolly clothes which is why Living Dolls also wear Lolita, but everyday. Yes, there are some people who loves Japanese fashion who wears these types of clothing everyday such as myself. Most will get strange stares and negative comments from those outside, but most who wears Lolita doesn't see anything wrong with wearing Lolita everyday. It's beautiful clothing that deserves to be worn and seen more often. Lolita is my favourite style of clothing because it's elegant, classy and beautiful. I love the details in the dresses, the grace and the colours.

So, I hope people have a clear understanding of what is Lolita.
By Tikaani Moon at October 10, 2018