Like I said, I wanted to give more updates, this does include pet updates. First, I must give writing updates and I am disappointed I haven't had time to do any writing at all. This is due to our new puppy Tomo. He is quite the hand full and by the time he's sleep, I'm too tired to get any writing done. I want to push myself in order to get some writing done. This is really important that I especially get the first Polar Qimuktis book together and get it released. It's a guarantee it will be available this year, but there's a delay due to not getting enough time to actually sit down and work on it. I do have to finish the other five books to the Polar Qimuktis series. 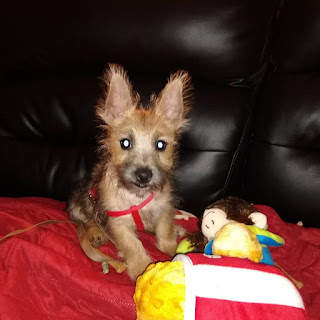 I am very glad Tomo has adapted to his new home and new family well. He is running around playing and showing obvious happiness. He has some behavioral issues I know my family must address before he gets older. One thing is that he's starting to play bite and due to his tiny needle like teeth, his bites hurt and now he's starting to break skin. I have cuts and holes in my hands, legs and arms and one time on my face due to his biting. I know the number one rule is to not allow play biting. I know with Scotty, we didn't stop his play biting which resulted in him play biting as an adult. With Tomo however, it is extremely important to stop this due to his bites breaking skin and drawing blood.

I looked it up for Scotty years ago on how to stop your puppy to stop biting and the experts advised to make a loud high pitch noise to let the dog know they bit you too hard. Then you stop playing with the dog. I will let everyone know that it NEVER worked and it isn't effective in stopping a dog to stop biting. I did that, but the dog actually likes for me to make a noise and I think it's because of the dog toys that makes loud high pitch noises which makes them play more, and this is what both of our dogs do. I am currently trying to get Tomo to stop his biting. 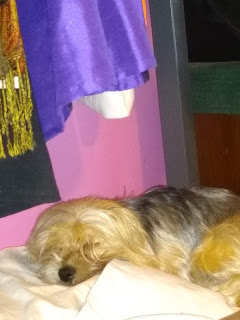 Scotty here is still avoiding Tomo, but he is better than we expected. He shares his food, water bowl and toys with Tomo, but this is something we're trying to stop Tomo from doing because we notice Tomo feeling as if he is dominate. Since Scotty was here first, my family feels Scotty shouldn't be second to Tomo. This is another big problem we need to take care of before Tomo is big to prevent any fighting or Tomo being a bully to Scotty. He is trying to test Scotty and I dislike this. We have considered getting rid of Tomo, but we do love him already but we won't allow him to bully Scotty. We won't get rid of him just as long as he stays in his place and be nice to Scotty. I really love Scotty and don't want anyone being mean to him, no human or animal.

We will be getting some more pets. Definitely more snakes and a lizard. I wanted to have a pet goat or pig, but I found out many of the States and cities in the United States prohibits people from owning a pig, even a mini pig. I do love unusual and exotic animals and would continue to collect exotic animals. The United States is not a good country for owning exotic animals that much because most are illegal to own. 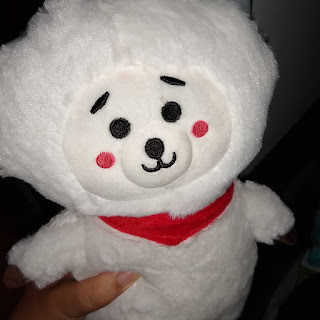 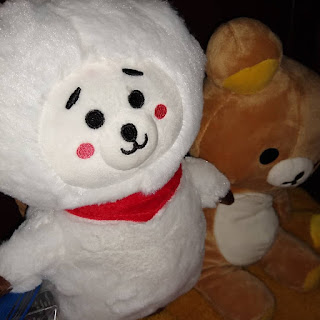 This is a BTS K-Pop plushy. I always liked this one and had to own at least one plushy. Isn't it cute?The bottom picture on the right is Rilakkuma, the Japanese character mascot brand. 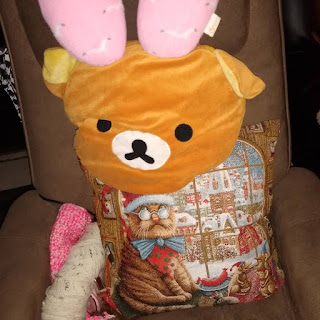 Kawaii Rilakkuma pillow and blanket I bought for my mom. Below is a St. Petersburg Russian pillow that I purchased from Russia. I thought this was cute and so I had to get this for my mom. 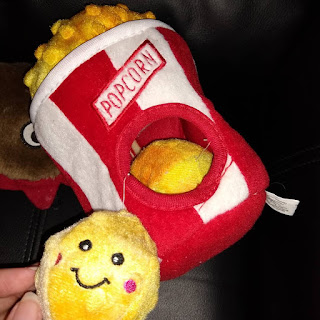 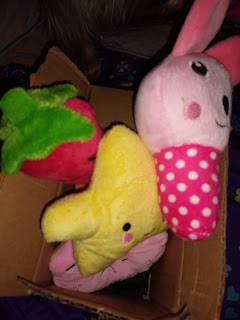 Our dog's new toys. We are having them to share these toys. 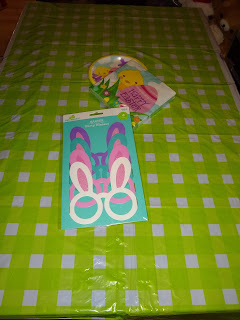 We put up some Easter decorations... 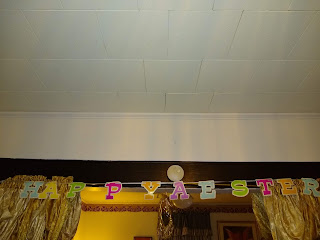 And this was suppose to spell "Happy Easter" but as you can see it is misspelled and says "Happy Aester". I was thinking, we had to get the one that was misspelled. Exclusively at Walmart because only Walmart would have something like this.

Speaking of Easter, I did share before how I've been working on a Fantasy book series based upon different holidays and mostly Easter. I was recently trying to get this book series together to get the books I want to publish in order. Yes, I do have a publishing list of what I want to publish. I've looked at the older outlines and the older documents and piecing it together. I also had ideas for even more books and games, but I've only been able to write a bit of notes about them and select names for characters. Some have been in the Horror category while some in Children's literature genre. For the games, they were all under the fantasy, adventure and action category. I am currently trying to develop the ideas for these new projects.

And for April 14th, up here in Minnesota, we have lots of snow, shovelable snow. Just when I thought we'd finally have a Springy Easter, we get gelid weather and piles of snow. Also freezing rain. I observed others and their weather around the world and noticing a huge difference. I feel like I'm in the Arctic, but one thing to note about living in Minnesota is that you don't get many hot or warm days. Most of the year is on the cooler side. To us, a good day is about 60 or 50 degrees. That's the main temperatures of Minnesota. But we can get hot summers, but there's not many days where you'll get a warm summer day.