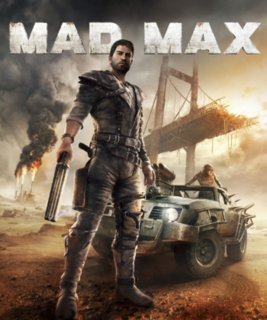 Mad Max is one game I didn't personally play, but I watched 5 hours of gameplay on Youtube. I wanted to see the gameplay before deciding to play it myself. What I found interesting was the main character, Max. There are not many games where the story seems well thought out. I came across this game years ago, but I wasn't as interested as I am now. Max, in the beginning, you see where he was a member of the clan Scrotus. From my impression of his character, he only gains allies for his sole survival and his interests. It is set in post-apocalyptic Australia. When learning this, I was curious. Even if this is so, it looks like only Max has an Australian accent. This makes the game seem a bit more exotic. I think Australian characters fit the adventurous theme more. Anyway, after this apocalypse, it looks like people divided themselves into their own groups like tribes or clans.

Max has the necessary aggression to survive. Even though he may have allies, he is mainly a loner. As an introverted individual, I like characters who are the "lone wolf" type. I feel it was done well in this game. This can stem from a tragedy, as I've watched. Still, after surviving in the world he's set in, Max learned to trust no one and do whatever it takes to survive. The other characters he interacts with really don't deserve full loyalty. This can make this understandable not to trust. You are introduced to this character, but he's mostly a mystery. A mysterious character with a past. This is the impression that was gathered during the gameplay. From his past, he developed anger and bitterness. This gives him the fuel to fight and kill.

Being a writer, I often muse on the characters and how they were developed. I tend to pick out my favourites and analyze them. I think his character was so interesting. I'm still thinking about the game a month after I finished watching the gameplay.